We love the innovative ways that educators (in both formal and informal learning spaces) introduce learners to the concept of empathy and assistive technology . Each month, we like to feature an educator and a unique project they've worked on recently. To read more educator posts, simply sign up for our newsletter. 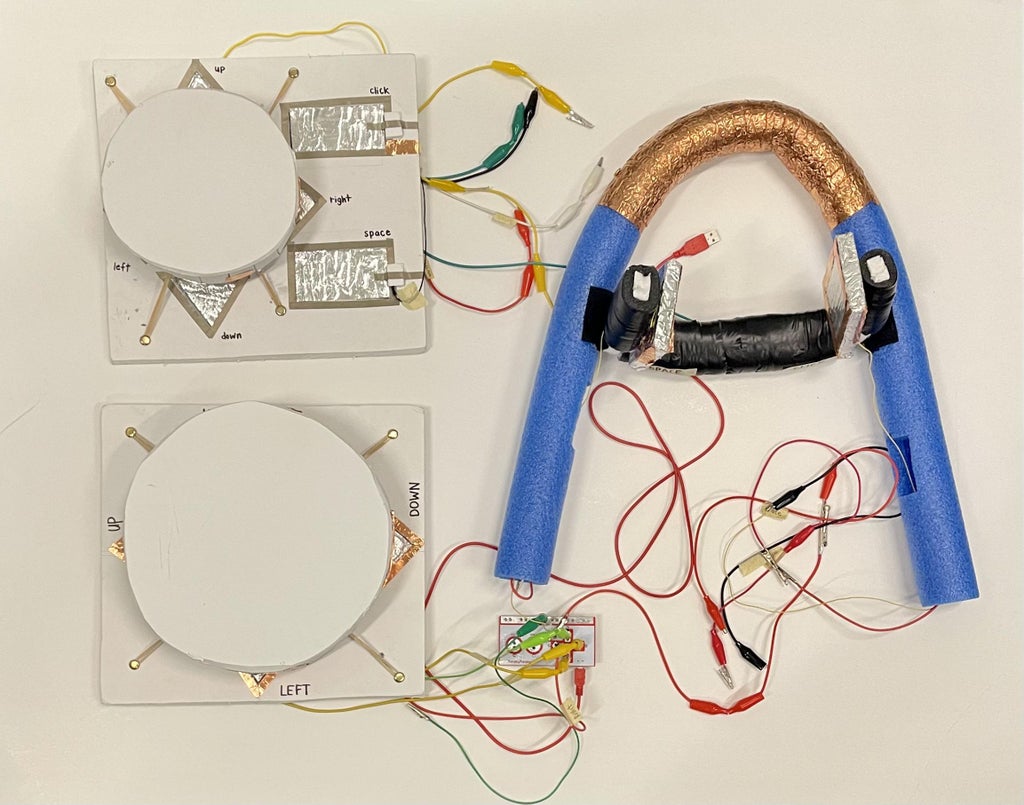 This fall, we noticed some really amazing assistive technology projects on Twitter and on our Instructables. So we reached out to the teacher to learn more about the class producing them!

A video that one student made of their @makeymakey adaptive controller with the end user being Christy Brown after viewing from My Left Foot as an empathy exercise. pic.twitter.com/CEBoWuAZI4 Ramsey Musallam is a secondary Science Instructor with a Master in Inquiry Learning and tech integration. He has been teaching science for 20 years. He teaches at Sonoma academy in Santa Rosa. 10 years ago he met Jay Silver after doing a Ted Talk and has been using Makey Makey and Arduino in Science camps and his classes ever since!

These projects are so amazing and so diverse! What was the challenge you presented to the students that gave you this outcome?

To build empathy and understanding, we watched a movie called “My Left Foot.” This biographical movie is based on a memoir of a man with severe cerebral palsy who only has control of his left foot. The students watched other videos that show the different effects of cerebral palsy and were then challenged to engineer and build two different add ons.

The add on challenges were to build one for someone with quadriplegia - who can move their neck and movement of one foot.

The other add on is for someone with diplegia which is someone who can move their arms, but their hands are locked. (This would be similar to someone with cerebral palsy where their hand is locked.)

Before this challenge, the students had been introduced to Makey Makey by watching the kickstarter video and building simple controllers for a game they created in Scratch.

This Makey Makey and assistive technology project works perfectly for this class because it allows us to focus on an end user. Plus using Makey Makey allows for a low technology barrier of entry, but still allows for fabricating and prototyping along the way.

The challenge was for the students to build an interface and create two add ons. I also required the students to share their proof of concept in an Instructables so others could build these projects too.

To help create sturdy devices, they were required to have two 3D printed components integrated in. They were also not allowed to use cardboard and required to use foamcore. CAD integration and locking them to a design cycle really helped with this process.

The biggest challenge for my students was creating the Instructables and the requirement to have 6 inputs for both add ons.

They built amazing projects! One students built a photoshop controller using the built-in AI built into the Mac. This AI built into Photoshop allows users to draw with their eyes and gestures (like blinking and smiling.) Then the student engineered their own add-ons utilizing the Makey Makey to press hotkeys in Photoshop and allow for a fully unique assistive controller.

When I did this project previously, they created add-ons for someone in a wheel chair and all their devices looked really similar. This time I left the wording of the challenge more open-ended and it made their designs more flexible.

I also front-loaded the idea of empathy and prototyping and stressed the importance of getting feedback from each other during the design process. By the time they started building their projects, they hit the ground running!

Instructable for this Device
Back to the Blog