Fun Fact Friday: How Many Keypresses? Have you ever tried pressing all the arrow keys at once? How many inputs can your keyboard or your Makey Makey handle simultaneously?

We had a student email us one day with exactly that question! They were curious how many key presses they could hold down at once, and we found out not all keyboards behave the same way!

Keyboards have some limitations on the groups of keys you can press simultaneously. Most keyboards cannot handle more than 6 inputs at once. But also sometimes certain key combinations just don't work.

One of our creators, Eric Rosenbaum made a little Scratch project to investigate this phenomena. He found out, for example, that you can hold down any two arrow keys, but some keyboards can't handle three arrow keys pressed simultaneously! There are other less obvious groupings of keys that do not work. For example, you can hold down all six keys in qwerty, or all six of asdfgh, but you if you hold down w and a, you cannot press s. (On our computer keyboard, we cannot press w and a and s, but on our external keyboard we can!)

By playing with the tester project Eric made, you can test Makey Makey and the combinations of keys you want to press simultaneously with your inventions. If you have trouble using more than 3 arrow keys, you can also use the back of the Makey Makey to use a, s, d, f, g and space to get more key combinations that will all work together.

Here's a quick video to show the difference in our computer keyboard, an external keyboard, and Makey Makey! All used with Eric's Scratch project.

Check out this 88 key piano made out of food by Liam Nilsen! 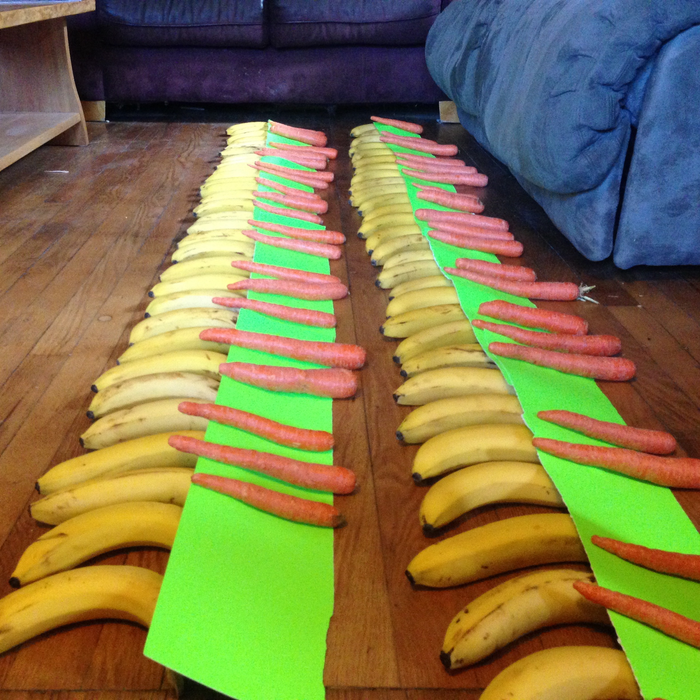